Kyndra Holley is known for easy recipes that use natural, everyday foods to turn out great-tasting results (like, say the Chicken, Sausage and Vegetable Skillet recipe).

These skills have never been more obvious than demonstrated in her book, 30 Minute Ketogenic Cooking.

I’ve tried several recipes from this book. Here’s a peek at a few.

They were all amazing! I think I’ve made this Chicken Sausage and Vegetable Skillet the most, though, because it was the biggest surprise, just how amazing it was.

I had originally picked the Chicken Sausage and Vegetable Skillet for two reasons:

It was right on target! 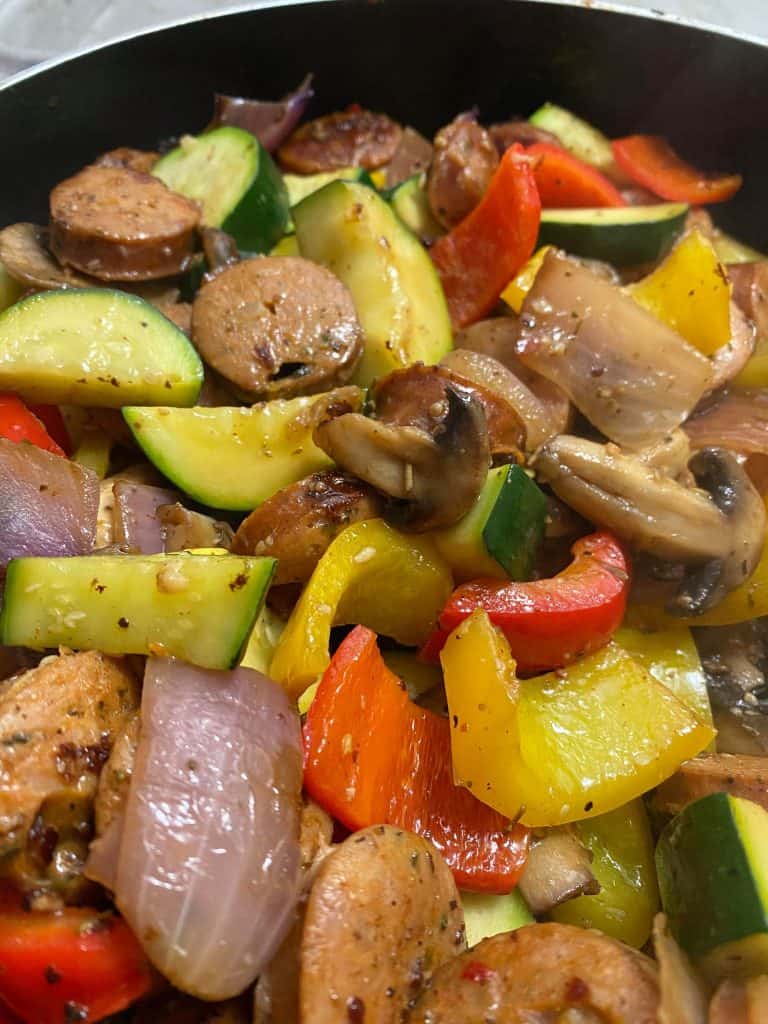 I used plain white mushrooms that were pre-sliced because I am lazy, and with all those other wonderful vegetables in there, I wasn't going to be able to tell a difference. I also used these GIANT Members Mark Italian style chicken sausages. They have a little mozzarella cheese in them as well, and they were *chef kiss* so very tasty. Topped it all off with a sprinkle of parmesan. (Also, nutritionals listed here may vary slightly from the book as they were calculated independently. For the most accurate numbers, use the information from your own ingredients.)
Nutrition Facts
Chicken Sausage and Vegetable Skillet
Amount Per Serving
Calories 231.33 Calories from Fat 155
% Daily Value*
Fat 17.22g26%
Saturated Fat 3.1g16%
Cholesterol 50.01mg17%
Sodium 732.35mg31%
Potassium 280.82mg8%
Carbohydrates 9.22g3%
Fiber 1.37g5%
Sugar 3.44g4%
Protein 12.36g25%
Vitamin A 792.24IU16%
Vitamin C 47.91mg58%
Calcium 21.23mg2%
Iron 1.12mg6%
Net Carbs 7.85
* Percent Daily Values are based on a 2000 calorie diet.
Made this? Show it off!Follow @lowcarbzen & tag it #lczen.

If you make this, drop a comment and let us know how it worked out. I hope you love it as much as we do! 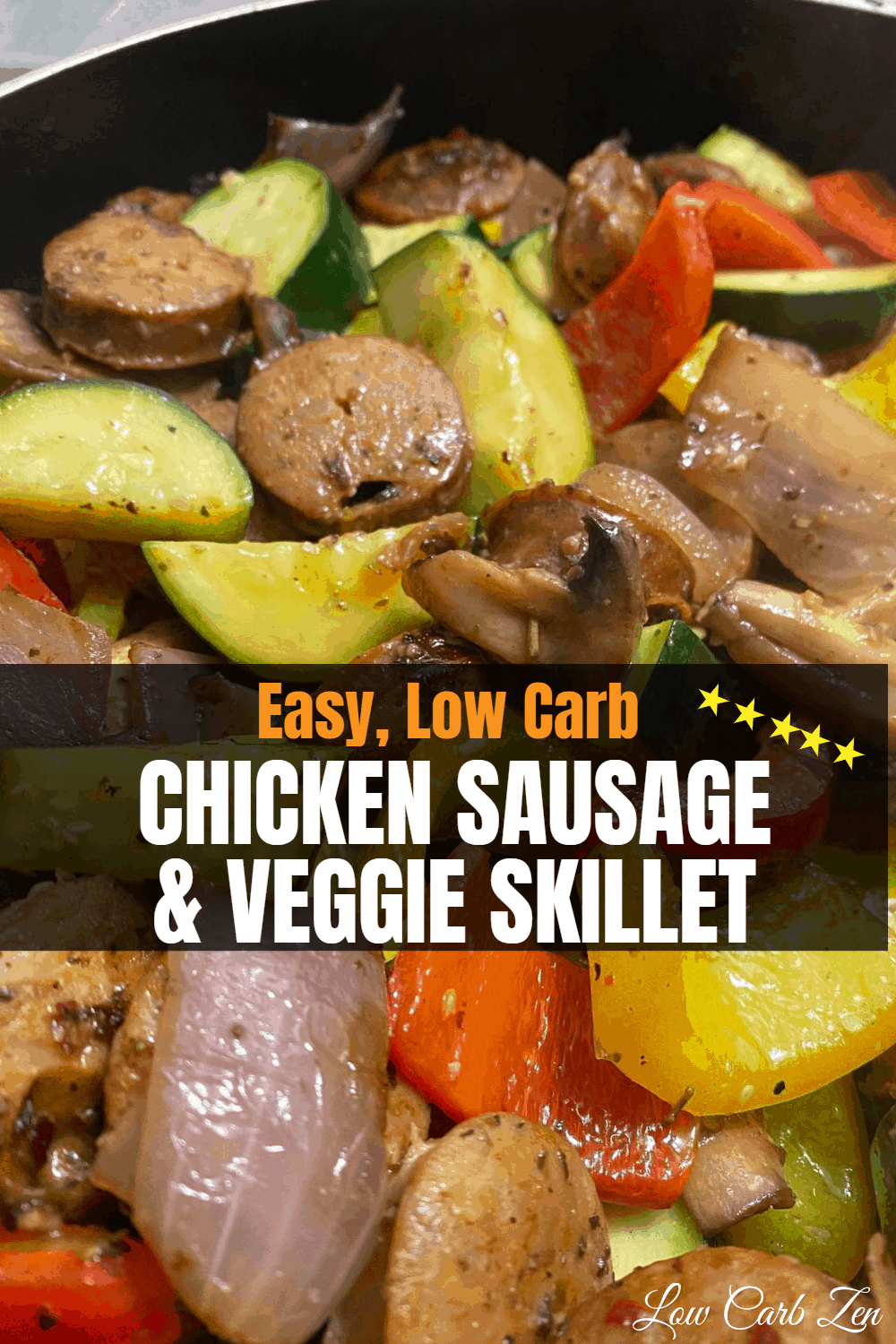 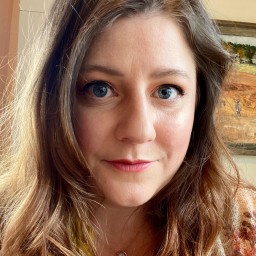 Ariel Vandiver is a happy homemaker, hardcore geology geek and hopeless optimist. She and her wife share a lovely home in Georgia with a brood of furry, feline friends, a couple of ferrets and the occasional backyard deer. She feeds them all, but doesn't insist the critters eat keto.

This content features affiliate links. I get a commission when you make a purchase at no extra cost to you. Thanks for supporting the Zen! More on affiliate links here.