I can’t exactly call these Instant Pot Egg Bites a Starbucks Copycat. I have to go for “copycat-ish” because I haven’t, strictly speaking, tried actual Starbucks Egg Bites.

I have no issue with Starbucks per se. I just don’t leave the house that much. Not many Starbucks drive-throughs between my bedroom and the laundry room.

So you could say making my own “copycat-ish” version is a cheat when I haven’t tried the legit version. But I think it totally counts that I looked about about 3.2 trillion Instant Pot Egg Bites recipes for inspiration.

You can use whatever you’ve got that will work in the Instant Pot to cook these things. I’ve seen people use those little, wide-mouthed mason jars, but make sure you grease ’em up good if you do or you’ll never get the egg bites out.

I used a couple baby food silicone trays for mine–and they’ll double up as easy freezing trays for bone broth or yogurt starter, too. Heck. I could make little muffins in ’em if I wanted. Silicone, y’all! (But if you get the same trays I did, note the lids are NOT silicone, so you don’t put the lids in your Instant Pot.)

I decided to try my Easy Homemade Instant Pot Yogurt, extra-strained, in place of the cottage cheese that’s in the original.  I hear the real-deal uses Gruyere cheese? I dunno. I used Cheddar and Italian cheeses, because that was sitting in my fridge. I’m a use-what-you’ve-got kind of gal!

Additionally, I added in fire-roasted green chilies and tomatoes, dropped in the molds before pouring in the egg mix. Then I sent some home with my kid and her girlfriend: official taste testers. I got an enthusiastically-declared, “Delicious!” as verdict. I’ll take it!

If you like frittatas or egg muffins of any sort, you’ll probably like Instant Pot Egg Bites Starbucks Copycats. While they are not true sous vide like you’ll get at Starbucks, the moisture retained by using your Instant Pot pulls off a pretty good imitation, from what I understand. (I’ve never had sous vide either. I’m such a low-rent cook!)

Want to pretend to get fancy with me? Let’s go! 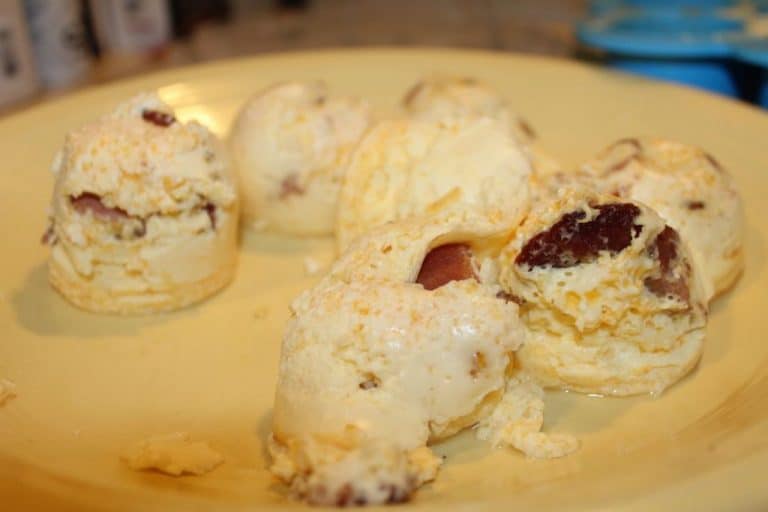 Nutritionals don't include add-ins beyond the (almost) obligatory bacon. Because, duh. Bacon. I figure, you're going to use what you have, not necessarily what I have. So trackers, adjust accordingly! These froze up nicely for me and could be eaten cold. But I think they're best warmed up a few seconds in the microwave (or whatever you use to warm cold food). Highly portable for grab-and-go breakfasts or snacks.

I’d love to hear what you added in to yours–or what you want to add in! 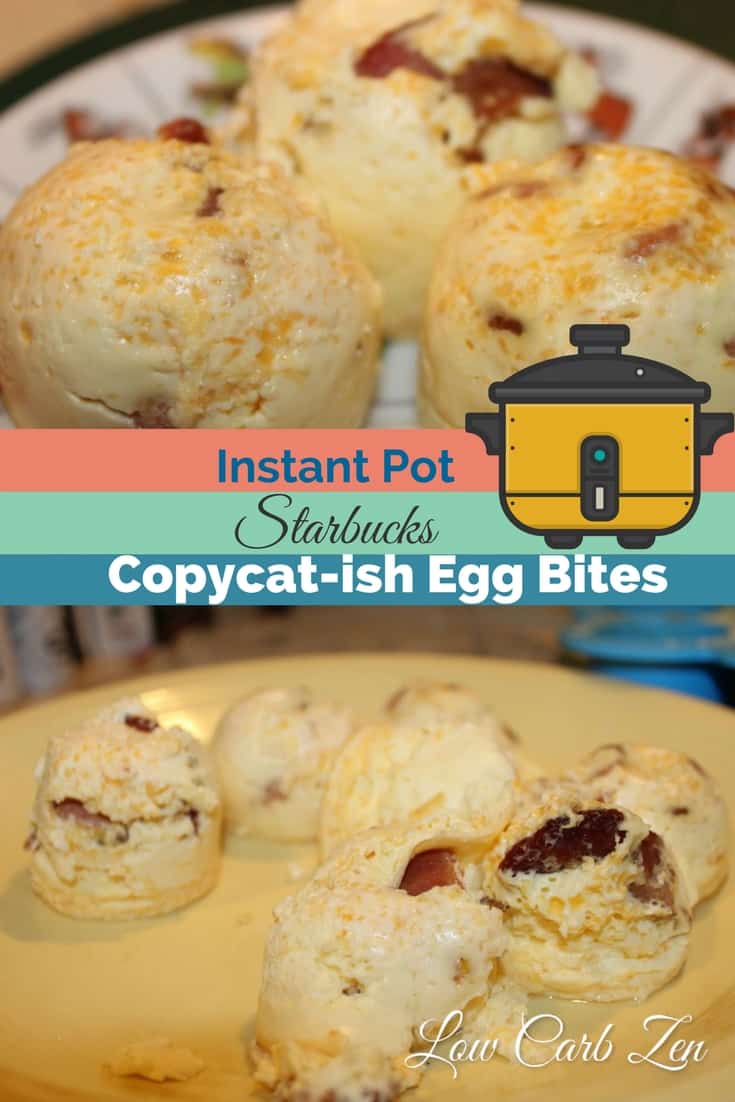